Sport fishing at Holland largely began with the development of the resorts on Black Lake in the late nineteenth century. Both vacationers and town folk used basic tackle to fish from the hotel docks or from row boats, seeking trout, bass, and perch. 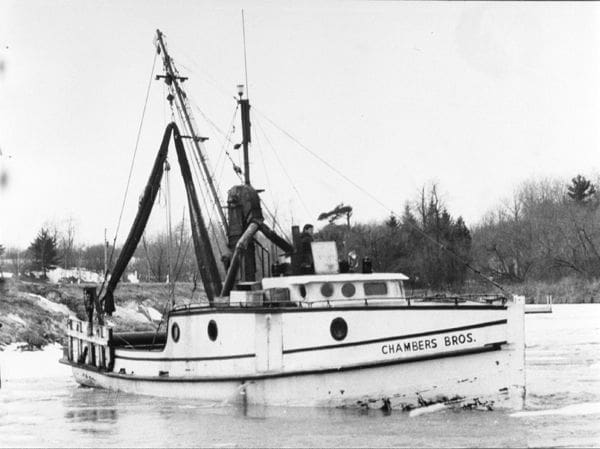 In the early twentieth century the development of the internal combustion engine and the ensuing powered small craft made the pursuit of game fish more efficient and popular on Lake Macatawa as well as the near-shore waters of Lake Michigan.  The Chamberâ€™s Brothers were a large commercial fishery in Holland. Commercial fishing at Holland continued throughout much of the twentieth century, its fleet operating from the Harrington Coal Company wharf on Lake Macatawa at Washington and 8th Streets. A number of local Holland families became prominent in the business, including the Ver Duins, Gagnons, Orrs, and Chambers, operating wooden steam tugs including the Mary G., Leona G., and J. S. Gagnon and the converted passenger boat Harvey Watson. These fishermen set gill nets in mid-lake Macatawa with various sized mesh to entrap different species of fish, including lake trout, cisco, and yellow perch. They returned later to haul the catch aboard by hand (and later by mechanical net lifters) and prepare the fish
for market.