In 1895, the Grand Rapids Yacht Club was started in a Lake Macatawa boat house shared by Ottawa Beach residents James Bayne and Addison Barber. There was a long row of wooden boat houses built by cottagers on the Lake Macatawa lake shore adjacent to the Hotel Ottawa. This view looking north east shows the Hotel Ottawa boat livery in the foreground 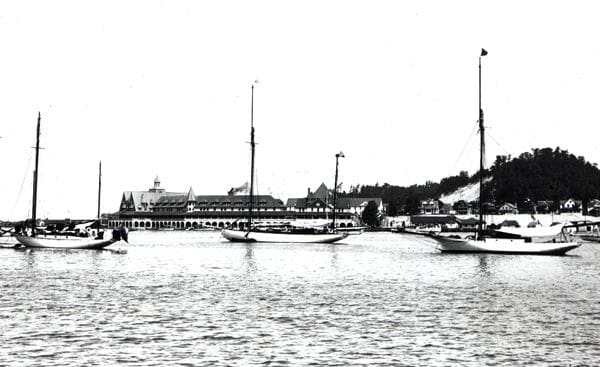 This wonderful photo, taken by a member of the Grand Rapids Camera Club, looks north past sailboats anchored on the Macatawa side towards the Hotel Ottawa on a beautiful summer day just before noon. Several boats are tied up at the long dock in front of the Hotel Ottawa. The cottages on black lake walk and Pavilion Way appear to be in a single row when in fact a deep sand park separates them. Mount Pisgah is the heavily wooden sand dune behind the cottages.

This photo, taken from the Angel’s Flight lookout on the Macatawa side shows the Macatawa Yacht club building with its two porches. Jenison Park is in among the trees in the background. 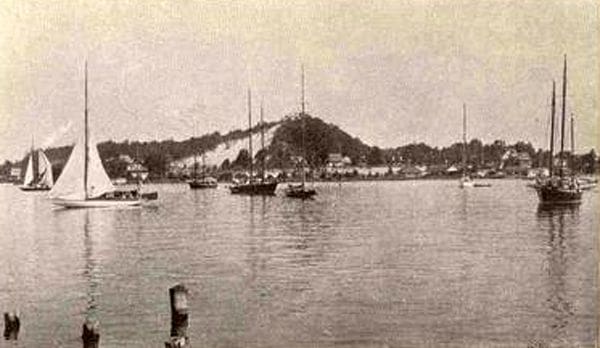 This photo from the late 20‘s or early 30‘s  is taken from about the same spot as the photo at the top of the page. 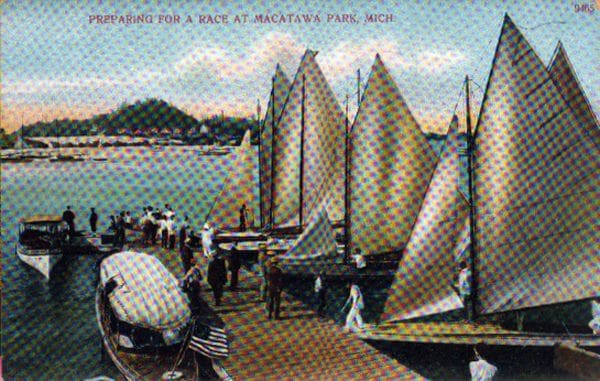 “Preparing for a race at Macatawa Park Michigan” This view looks north toward cottages at Ottawa Beach. Note the two motor launches which appear to be relegated to the west side of the dock.